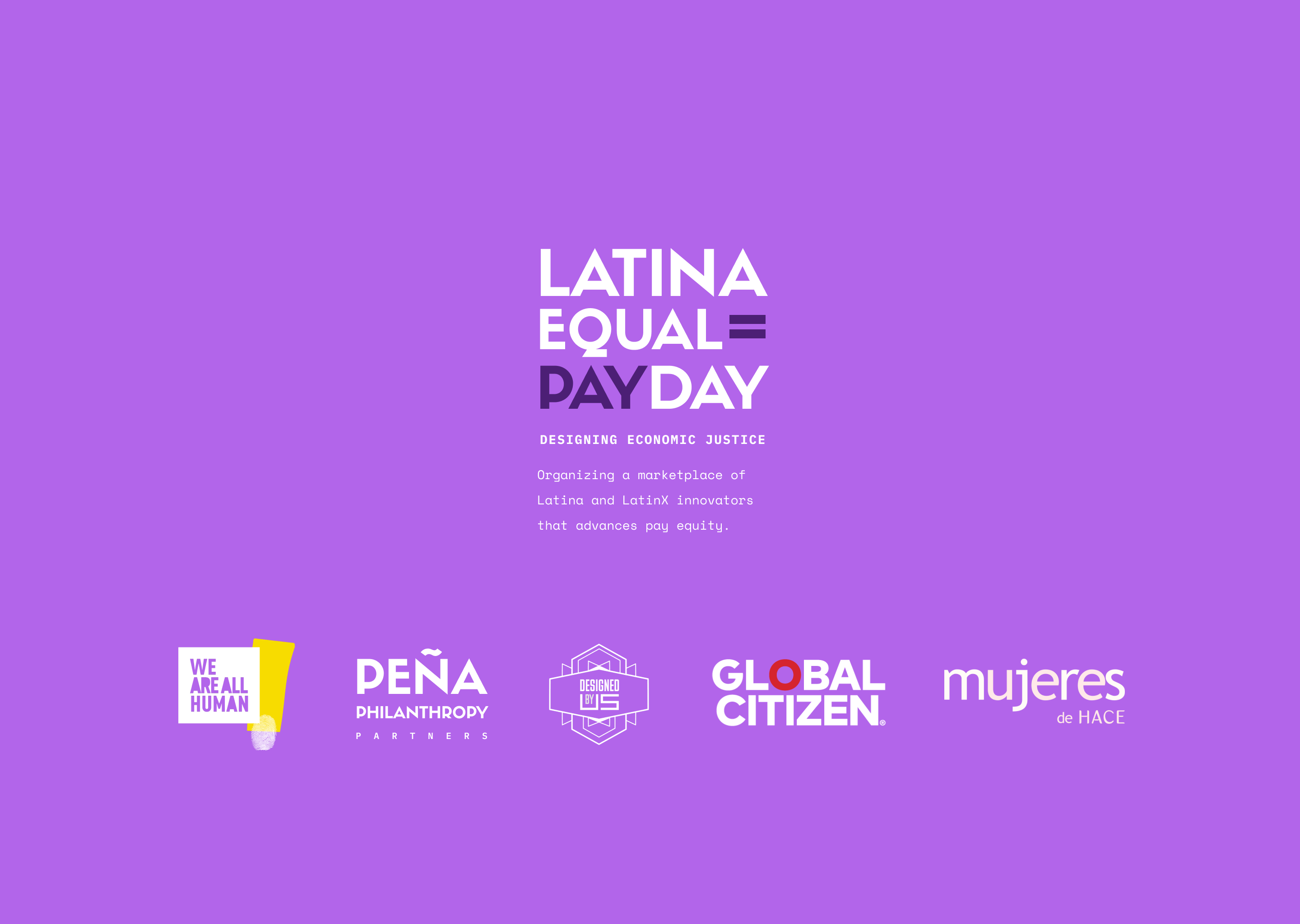 The Design Corps Partners with We Are All Human, Global Citizen and Mujeres de HACE To Design An Web 3 Economic Justice Platform for Latina Equal Payday

If Latinas were paid equally, they'd add $482 billion dollars to the US Economy, equivalent to +2.8% of GDP

NEW YORK -- (BUSINESS WIRE) -- Designed By Us, Inc. The Design Corps has announced a partnership with We Are All Human, Hispanic Star, Global Citizen and Mujeres de HACE to launch a program and Web3 platform dedicated to fighting for Latina Equal Pay in all 50 states.  More than 50 years after the passage of the Equal Pay Act of 1963, Latina’s working full time, year-round and part-time earn only 54 cents for every dollar earned by white, non-Hispanic men. Latina’s who work full time year-round earn 57 cents to the dollar.

Latina’s Rise Is Being Blocked By Systemic Barriers

Latinas account for almost 30 million people in the United States (US). 1 out of 3 women in the US will be Latina by 2060. In the past 10 years, 100% more Latinas have college degrees and Latinas are creating businesses 6 times faster than any other group in the US.  By all accounts Latinas are on the rise. However, since 2016 the systemic barriers that stand in the way of Latina progress increased and were exacerbated by the COVID pandemic.

A Crisis Point With Dire Consequences

According to new research from the Institute for Women’s Policy Research (IWPR) released in March on Equal Pay Day 2022, the Latina wage gap actually widened in 2021, as Latinas saw significant job and income losses during the pandemic. At the current rate of change, Latinas will not achieve equal and equitable pay until 2197. The implications of Latina inequality are less money for basic family necessities like rent, mortgages, groceries and healthcare. Over time, this disparity impacts a families' ability to invest in savings, higher education, produce generational wealth and increases Latina poverty.

What If All Employers Paid Latinas Equally?

The Design Corps dared to ask, “What if all US employers paid Latinas equally?” Working with economists, data scientists and diversity, equity and inclusion program leaders at 10 Fortune 500 corporations, we sought to answer that question with hard data, machine learning models and economic scenarios simulations. Each of the 7 the experiments run proved that if US Latinas received equal pay comparable to men, poverty for working women would be reduced by half and the U.S. economy will add $482 billion which is equivalent to an increase of  2.8 percent of 2021 GDP.

This fact sheet presents state-level data on the impact equal pay would have on each state’s economy.
Download the fact sheet, The Economic Impact of Equal Pay by State.

Transforming A Complex Crisis Into An Equal Pay Opportunity

Amidst inflationary headwinds that continue to tick upward, a great global reset, and the largest worker revolution on earth, more companies are giving raises to help retain employees and offset the rising cost of consumer goods. Microsoft and Walmart are among the corporations that have announced inflation-induced pay bumps, and a growing share of workers say they have or plan to request higher salaries.  Regardless of large tech and financial service companies slowing hiring, pivoting to post pandemic sustainable growth, as of mid-2022, the U.S. labor market overall remained tighter than it has been in over 40 years. The majority of US employers are concerned that hiring and retaining skilled or new collar talent is a key driver of higher pay budgets, cited by 73 percent of respondents as their top factor in the WTW survey.

“Today, there are still two job openings for every unemployed person in the current labor market, Latinas can be better positioned to realize their earning potential but we must take a new approach designing economic justice for Latinas”  said Joanna Peña-Bickley, Chief Design Officer of the Design Corps.  Leaders in the movement and the Design Corps understand that public relations alone is not going to realize economic justice. “Our research uncovered 42 million articles and studies revealing implications of Latinas inequity in pay. In spite of efforts to raise awareness, we need a roadmap that focuses on revealing new pathways and solutions to get us to Latina equal pay.”

To kick off the effort, on December 8, 2022 at Hispanic Leadership Summit the Design Corps will be releasing a comprehensive Latina Equal Payday Innovation Book that will share a comprehensive list of data sources, research, equal pay case studies and solutions that make a significant down payment on creating a path towards Latina economic justice.

“We believe we need to pivot from admiring the problem with another study, to co-creating a new narrative focused on the economic upside. The Latina Exchange aims to organize and mobilize a marketplace of Latina and LatinX innovators in an approach that will convert the good intentions, surface optics, packaged pink pussy hats, glossy homepages and social media campaigns that support women history month, hispanic heritage month and Latina Equal Payday into a bottoms up and tops down reinvention of systems of work, finance, education and ownership for the equitable advancement of Latinas.” stated Peña-Bickley, “The Latina Exchange and LatinaEqualPay.wallet Web3 platforms are actively inviting public-private partnerships and investments in new self-service mechanisms and products that will enable corporations, academia, governments and Latinas take collective action that will accelerate measurable results.”

2022 DesignedByUs.org™, DesignCorps™ are a registered trademark of Designed By Us™